This weekend I resolved to finish at least one backdrop. I don't want these scenes to look so nice that potential buyers are ignoring my mini-wares in favour of a pretty background so, 'less is more' is the theme I'm going with here. 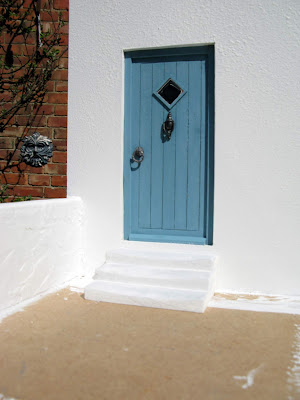 I forgot to mention that the steps are chunks of MDF glued on top of each other. I tried to get a worn look by carving into the MDF with a craft knife and painting them with a polyfilla/acrylic mix. This mix, which is basically powdered wall filler and paint, dries to a matt stone effect. 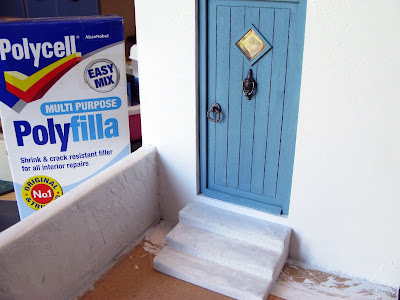 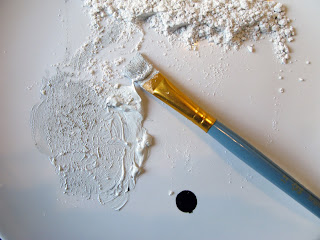 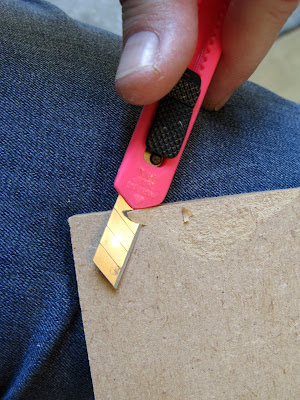 From here, I picked out some real slate tiles that I bought eons ago from Richard Stacey Natural stone seems to be a theme with traditional coastal cottages so I thought they were apt. 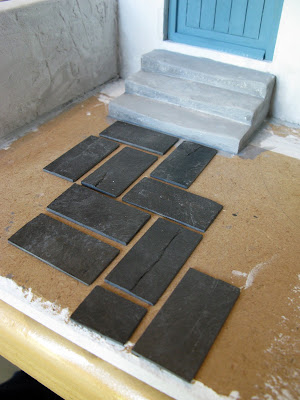 They're wildly out of scale for roof tiles so I'm not exactly sure why I bought them or for what, but in random formation they look okay as paviors. I found tin snips (pictured below), are perfectly capable of cutting slate to size and much easier than trying to score/snap them. 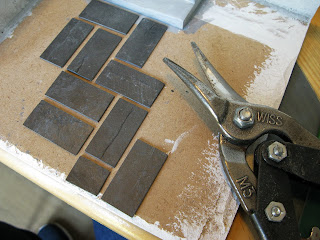 I used regular old wood glue to stick the slate down. Then, as an afterthought, I ruined a perfectly good paintbrush filling the rest of the base with glue so that I could put down scenic gravel. Any sane person would cover the base entirely with glue first and then fix the slate and gravel at the same time *shrugs* Eleven years on from building my first miniature and I'm still learning and still making mistakes. 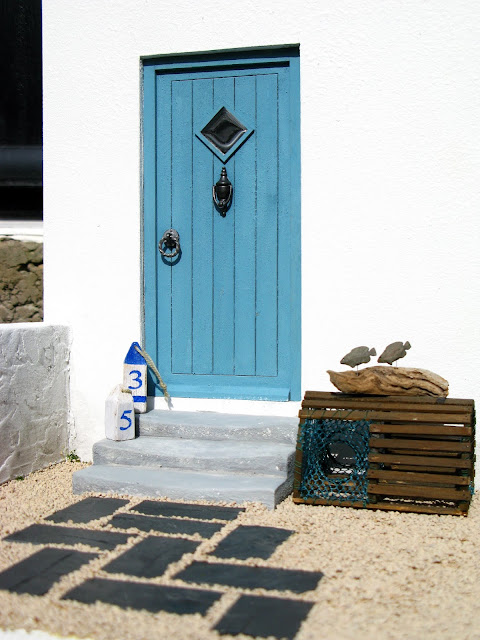 So that's it. Have a great week
Pepper 😊