Progress on the Manor continues with a solid, four week eggbox/stone cladding torture. I'm tired. I have scissor hand cramp. I'm sick of the sight of eggboxes and I'm so behind with my blog reading that I will need a whole day to catch up with what everyone has been up to.
I know I'm jumping ahead by working on the front exterior at this stage, but project weariness is starting to take hold and I really need to see some part of it finished to keep me motivated. I've been going to work two hours early each day to get this far. So here's four weeks worth of eggbox cladding: 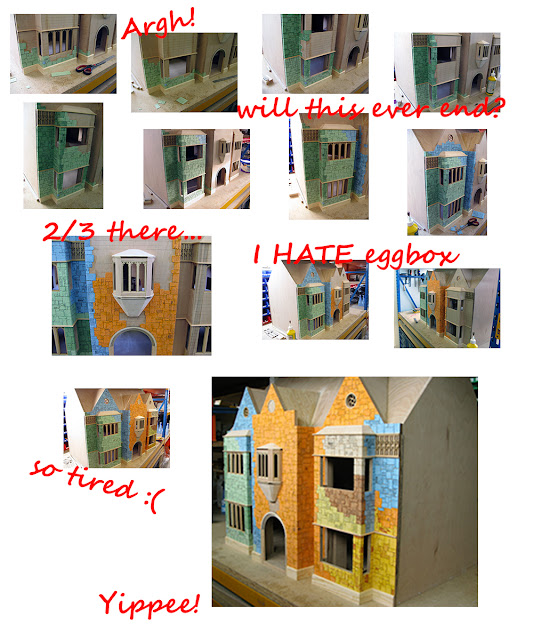 I opted for eggbox cladding because I'm trying to keep this build as light as possible. It does mimic stone pretty well, especially with random dollops of tile grout smudged over it. When I finished cladding, I painted the whole thing with textured ceiling paint because it produced a matt, stippled effect on the stone. 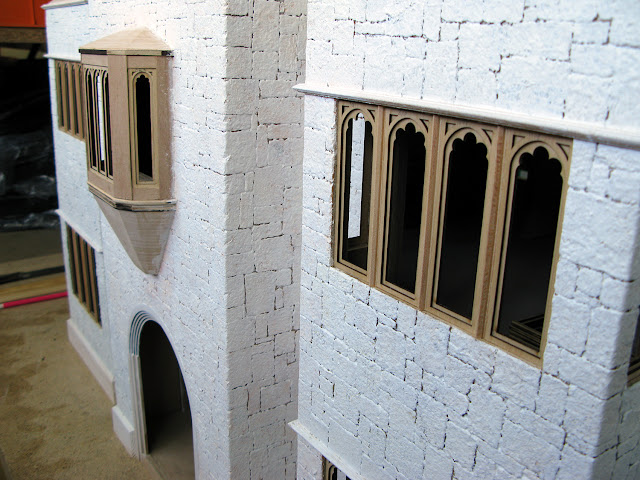 At home I worked on two things - something to sit between the oriel window and the doorway, and something to fill the space in the middle peak.

I loved the idea of a demon/grotesque above the door to greet visitors. Since sculpting doesn't come naturally to me I cheated by taking a mold of a Walking Dead Rick Grimes figure as a base to work on. 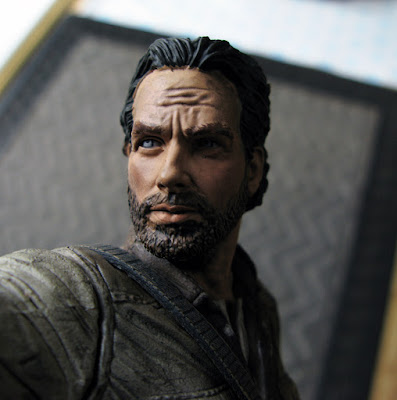 I scraped some of the wrinkles off his face 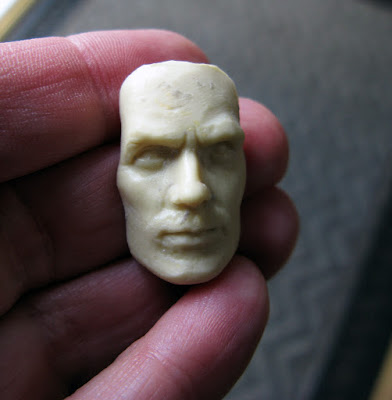 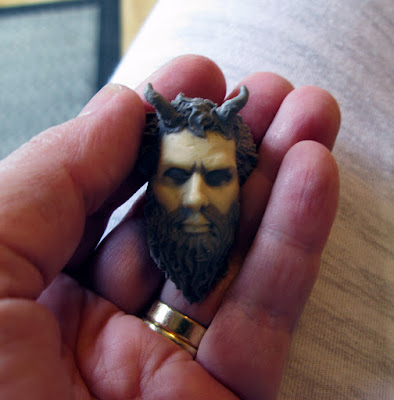 made another mold and cast it in resin 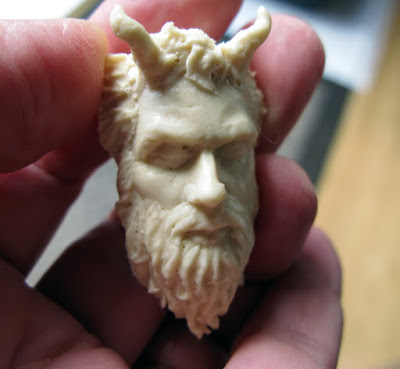 This is Bert, (he looks like a Bert to me), above the doorway and supporting the oriel window 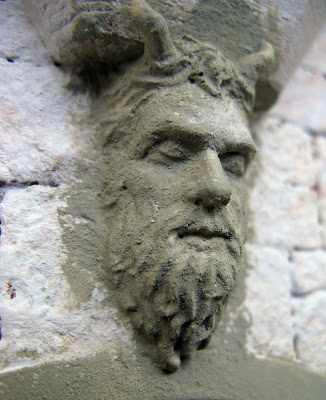 The second cast I made was a simplistic family-crest-floral-thingy to sit in the middle peak. I think it balances the two porthole windows to the left and right. I couldn't find anything already made so I made molds of a few jewellery findings. That way I could add bits together, take bits away and find something I liked. 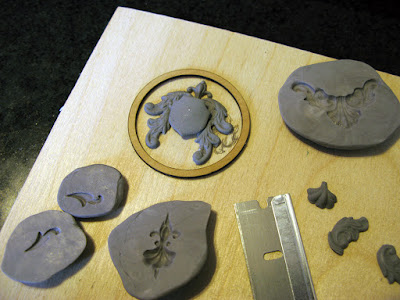 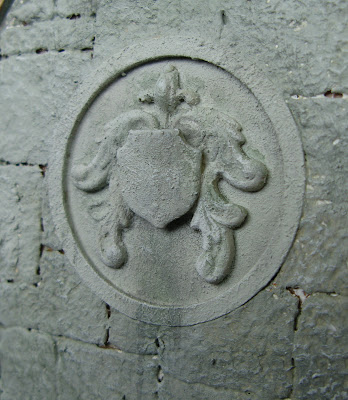 At the moment I'm channelling the skills I've learned from all of you fabulous bloggers, to weather the facade so that it looks more realistic. I'm so grateful that I have a wealth of experience at my finger tips to give me the courage to try something new.

I'll leave you with another type of mini to warm your heart. During a walk last week, I found an orphaned bank vole in the middle of the road. I thought he was dead and picked him up to put him on the curbside because, (and I know this sounds mad), I didn't want him to be flattened by traffic even if he was dead. He gave out a tiny squeek when I picked him up 😆

I delivered him to a wildlife rescue centre after a sleepless night feeding him kitten milk. Today I got a message to say 'Ernie' is doing very well, is eating solids and will be released back into the wild in 3/4 weeks. Ahhh, the warm fuzzies!

Have a great week
Pepper :0)