I'm going to start by saying that the dormer roofs on this build were a huge pain in the arse. Why? Because I chose weird, irregular angles for the roof which meant I had to dip into the long distant past, trying to recall lessons in Mathematics that I probably slept through 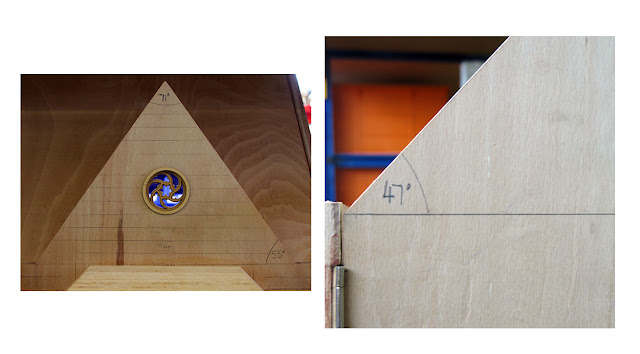 Above is a picture of the peak of the bay from the front and the pitch of the roof from the gable end. See, weird, angles. To make a dormer roof for the bays, I had to cut two pieces of wood, with a 35.5° mitre at the top, a 55° angle at the bottom and taper the roof back at a 47° angle for the pitch. Once I wrapped my head around that, and it took a while, I had to find a way to cut all of those angles. That's when things got tricky. The only tool I had available was a chopsaw which can be rotated 45° left and right and tilted 45° left. 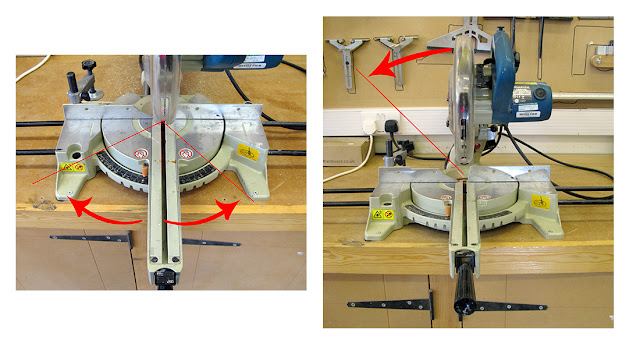 I just couldn't work out how I could cut a 35.5° mitre when the saw wouldn't tilt any lower than 45°. Four whole days later it dawned on me. If I made something to lift up the wood I could do it. I made a jig that angled the wood I was cutting to 54.5°. By clamping the wood to the jig and cutting down vertically, in theory the angle I would be left with would be 35.5° 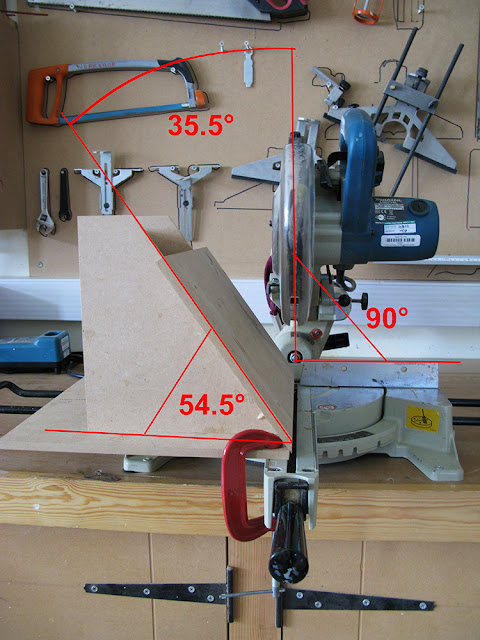 One of the joiners actually had his hand hovering over the emergency stop button for the machines when I cut the wood because he was convinced I would lose a finger or two. Pfft, doubters eh? Obviously I clamped everything down and kept my pinkies as far away from the blade as possible. Chopsaw manicures are not nice 😱

The rest of the angles were much easier to work out and didn't require alcohol or a degree in mathematics. 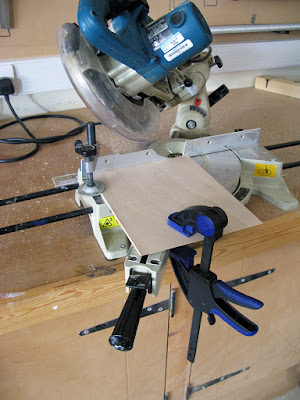 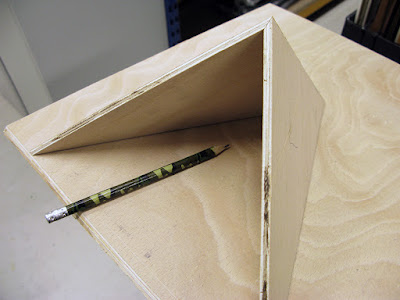 Above, the pieces cut and glued together. I drew a pencil line inside the roof so that I knew where to cut the opening for the dormers. The middle bay was slightly more complicated in that the dormer had to be cut into two pieces - one part attached to the roof, the other to the bay door. I made a template with card and when I was happy with it, traced the measurements onto the wood. 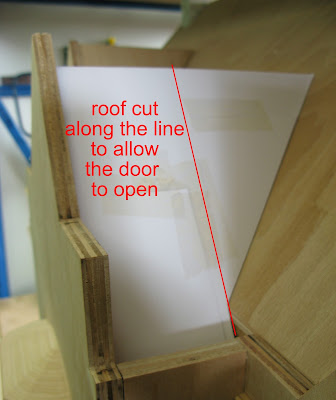 And finally, all of the roof and dormers glued into place. Phew 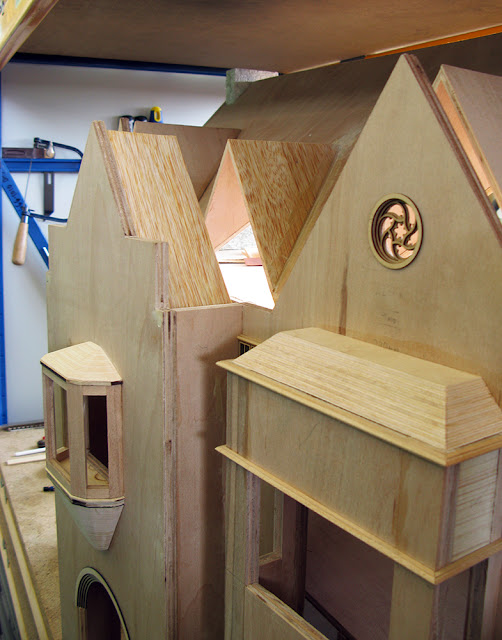 Anyone else need a drink after that? Yeah, me too.