Have you seen this Desktop vacuum former kickstarter campaign? About 36 seconds into the video, they make an abstract plant pot from a potato...yeah a potato.

I thought this would be perfect for a miniature project so, starting with a potato, I cut a couple of shapes about 20 x 15mm 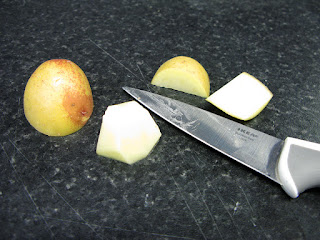 You need to make the top and bottom flat so it pays to cut a 15mm thick slice of potato first and then slice some random angles in the sides. Rather than vacuum forming, I decided to cast the potato shapes with silicone. Silicone tends to capture fine detail much better than vacuum forming.

I tried a few materials to cast the pots - cement which was messy and unpredictable - resin which hardened too fast and Plaster of Paris, which was the easiest and most effective medium with something so small. You mix it with tap water to the consistancy of pouring cream 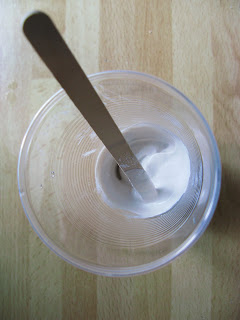 After pouring into the mould, I dipped a piece of wooden dowel in olive oil (to stop it sticking to the Plater of Paris), and stuck it in the mould to make a 'hole' to put a plant into 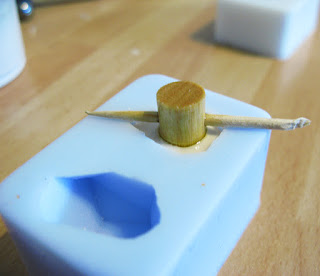 The Plaster of Paris hardens pretty fast, but not so hard that you don't have a bit of time to clean up any Oop moments.I have to say I was pretty thrilled with how easy it was. So much so that I got fancy with my pot making. I put some brass foil into the mold before pouring the plaster. When the plaster dries, the foil is permanently infused and looks pretty cool. 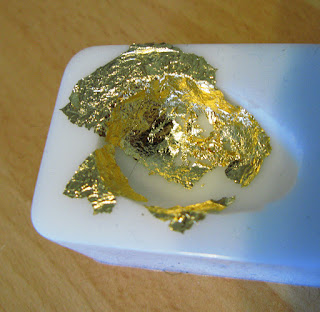 The picture above is of a different mold I was playing with but you get the idea. 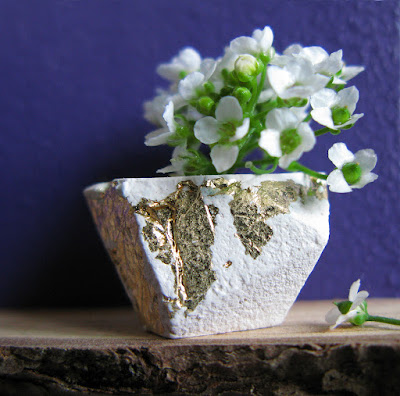 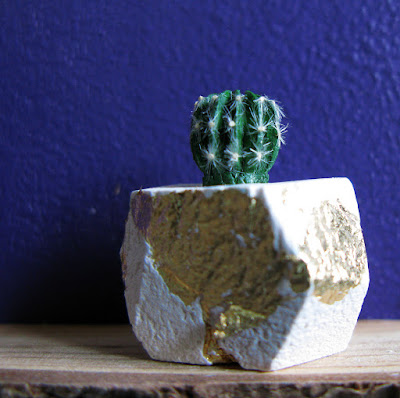 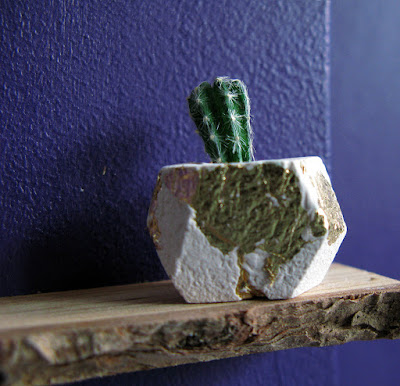 I think the Cactus are looking better too. I couldn't help feel that the spines in my first attempt looked too big so I went for a walk in the countryside for some inspiration. My new Cactus spines come courtesy of Dandylion heads 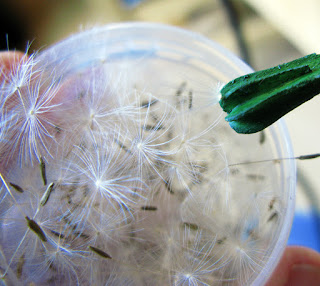 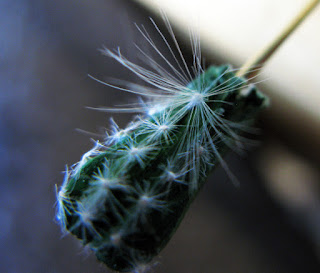 Yes, I am that obsessive =0D

Enjoy the rest of your weekend