How I made a 12th scale eggbox 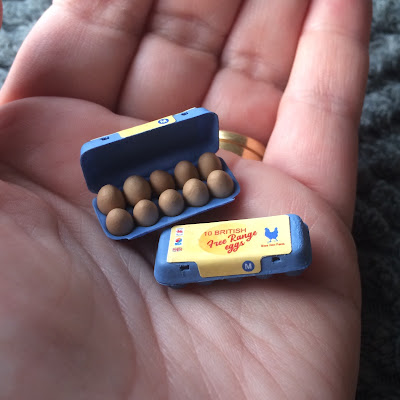 I was lucky enough to be gifted a 3D resin printer for my Birthday last year. This was primarily to help me design and make 12th scale handles for the furniture I make that are near impossible to buy.

It soon became apparent that the realms of possibility for my miniature making had opened up a hundred fold. I'm not a sculptor so 3D printing allowed me to design and make organic forms with a degree of accuracy.

But fear not dear reader. If you want to make an eggbox, you don't need a 3D printer. I follow a wonderful mininaturist called HMS2 on YouTube, who creates amazing mininatures with little more than styrene, a homemade vacuum former and clay. This is their eggbox tutorial HERE.

This is how I made mine:

I created a 3 dimentional form which in essence is the negative space of an eggbox. You're not creating the actual box, but the shape on which to form over. 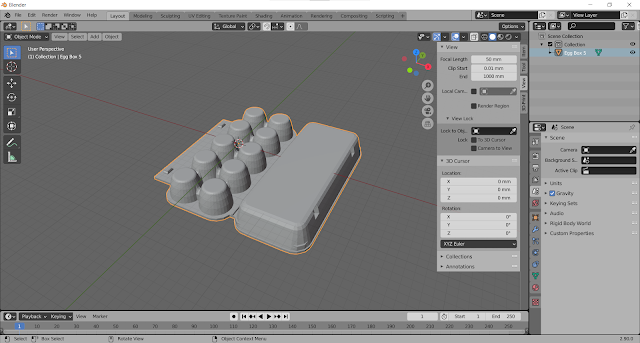 The shape isn't as complicated as it may appear. 6 or ten 'cups' (depending on how big a box you want to create), in which the eggs sit plus a lid and a flap to close the box. Whenever I want to make anything in miniature, I always break the components down into simple shapes to better understand how it comes together.

After it was printed, the form is used to vacuum form 0.75mm styrene plastic over it. 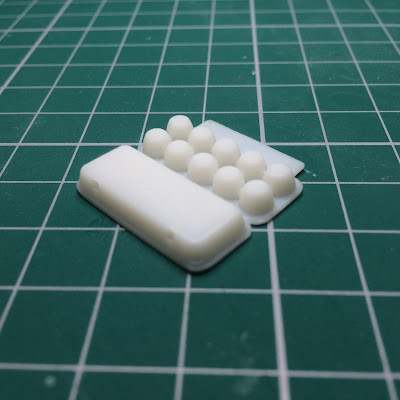 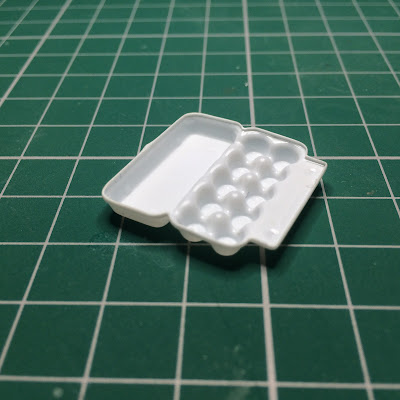 If you want to make your own vacuum former, I have a tutorial HERE

It takes time to cut the shape out well and a sharp scalpel or razor blade are invaluable. Likewise, folding the box in half and getting the flap to fold in are a lesson in patience. But once you do it a few time, (seven in my case), you get a feel for how and where to do it.

After that, paint it in your chosen colour, add a label of your design and fill it with eggs.

The hardest part of this for me was sculpting eggs from Fimo. They ranged from potato shapes to American footballs. From 172, I had 11 acceptable eggs 😄 I hope this helps to break down the steps to make something that in essence, looks more complicated than it is.